Strange things happen to me while showering.  Nice things, for the most part.  I get good ideas for my writing, I sing a little, funny memories pour over me...that kind of good stuff.  And, I get the added bonus of getting clean.
Well, this morning, it was something weirder than weird.

And then I started analyzing the words.
The singer is really messed up.  He's leaving on a train, away from his love.  He promises to write every day but, if she doesn't get a letter from him, he's in jail.

Now, WHAT DOES THIS MEAN?

Where is he going in the first place, is he running from the law?  Since Jolson sang this song in The Jazz Singer, the first real talkie, he did it in black face, which might get him a good scolding nowadays, and enough humiliation to drive him off the charts.  Deservedly so.  But he sang in a different time and we have to take that into consideration.

So, this singer is going away by train, which is cool for the time. Nowadays it would have to be a plane for sure, but it just wouldn't be the same. "Leaving on a Jet Plane" doesn't have the same effect, though it has been known to make sorority sisters cry.  He's on the lam, I bet, for something, but if he goes by train, chances are he can go somewhere small and never be found.  His paper trail, the letters to his girlfriend, might catch him up, but in 1927, I don't know.

Times change.
The guy hopefully went away and came back to her.  Unless he was some kind of traveling salesman and we know how bad they were...ask former President Clinton.

Anyway, the guy left his girl hanging there, expecting letters from him every day, kissing the daylights out of her.
Somehow, I hope she wasn't sitting around on her sofa waiting for him to come back to her, ya know?

What one can and cannot do

Well, seems that I have run into the censorship of my daughters once again.
I am currently working on a sequel to my unvampire story, Dead Dreams.  It involves a young man with the onerous job of vampire exterminator. He works for the Vatican and is referred to as the Lignarius, which basically means "one who fixes".

Well, in the sequel, there has to be something hot, but he and his new girlfriend are separated by a few hundred miles while he is in Charleston, SC and she is somewhere in New Jersey.  But while he's in a hot steamy shower after a day of investigating vampires, a woman actually comes into the shower with him.  He thinks it is his girlfriend and the woman does not disavow that...but she will not let him see her.  Did I mention that he is extremely naïve?

So, I had cut a bit of that scene out and put it up on Facebook.  There is only some shower touching in there, I cut it before the woman grabs hold of anything.

The daughters went bazonk. Yes, I put it up on my author page.  NOTHING HAPPENS. But the ladies who know more the ins and outs of Facebook screamed that it was going to get me taken off FB and perhaps worse. 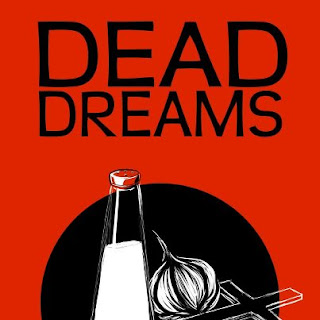 Dead Meat is half done.  It will only be a novella because I can't do vampire stuff favorably...I leave that to my friends.  I have a third story in notes, too, which I intend to call Really Dead. Or Dead Enough.  Just another time waster because I can't seem to get on with my World War II story.

Then there is the Alan Rickman concert pianist story I just dreamed up, and the list goes on and on.
My hope is that I truly live long enough to write all my stories and get them published somewhere.  And in this, I know, I am not alone.
Posted by Irene at 7:21 AM No comments:

All right.  Three dead so far in Boston over this horror show.  Another horror show in my country.  I'm pissed.
So, the news on television has only been about this.  The broadcasts missed the senator from Mississippi getting an envelope with RICIN, a deadly poison, in it.  That also was the mark of a saboteur or a crazy.
Theories abound.
Many false stories have been reported. YouTube and Facebook allow people to put up anything and no one can know for sure if it is true on not. Snopes.com finally put up a rumor/conspiracy fact list, but not everybody will bother to look at that.  I did.
Now...I have a personal theory.  This is mine, maybe shared by others, maybe not.  But after some consideration, I realized this: If an outside the US group had done this, they'd have claimed responsibility for the bombs along with some sort of reason for what they did and how they hoped everyone would die who got caught with their deadly schrapnel.
So far, nobody has done this, unless the police/FBI/State Police/ATF are keeping it quiet.
The month of April is full of anniversaries that are pretty ugly.  Waco, Oklahoma City to name just two.  Tax day was yesterday and everybody hates the IRS.  Who knows what else happened in April that crazies might want to avenge?
So, I think whoever made and planted those bombs was an insider, a crazy, someone with a grievance against someone or something in our country.  Not somebody from the Middle East.  Not somebody from Russia. Korea, why, they want to blast us out of existence with nuclear warheads...why would they settle for a pressure cooker bomb?
See?  Everybody who hates us outside wants to cause mass destruction, like the kind experienced in 9-11.
This, serious as it was and will be, is piffle to what these maniacs want...this was hardly utter destruction to the United States.
I don't know who really planted the bombs.  I have no real clue.  I just used my writer's brain and came up with this stuff.  The logic part of me vs. the illogical part of the crazy or crazies who put those bombs together.
A long time ago, Karyn made me watch some German movie starring this guy she likes...and for now I cannot remember his name.  It concerned a group of dissidents living in Berlin when it was divided.  They planted bombs in some derelict buildings...the bombs were made with pressure cookers.  Some of the bombs never exploded.  Then, with the unification, the buildings where the UXBs remained were set to be torn down and the group, widely separated and living "normal" lives, realized that the bombs could go off and hurt innocent people now.  There were also taped recordings of the group and their threats that were in the hands of the police.  So if the bombs did go off, the cops would know where to find the makers who no longer quite felt so dissident.
The essence of the movie was them getting together now and trying to get to the bombs and get the tapes from the police.  This all was in German and I do not remember how it ended, except that the hero got caught and had to escape and his old girlfriend had to help him, even though she was married to somebody else and had a kid.
Similar bombs?  Did the perpetrator get the idea from this movie?
According to the news, there are websites that detail how to make such a bomb.
I don't know, but I wonder, just like everybody else.
Bless Boston and the people who suffered at the hands of these crazies.
Posted by Irene at 5:13 PM 4 comments:

In Search of the Aurora Borealis

It should have happened.  The sky was clear of clouds, the moon a mere crescent, those few stars The Big Dipper to be exact, shone dimly, but for read.


The aurora was supposed to show between 8 pm and dawn.


We set out, the girls and I, to find that elusive dark place with little ambient light where we could catch a glimpse of the aurora.  Than rare natural wonder, low in the sky for once, so that people in paltry New Jersey could witness such splendor.


Only there is darkness here, but no place to pull over a car!  There are streets, there are lights everywhere, there are church yards and factories and parks that are guarded by gates.  There are three women, intent on finding someplace to witness the lights…to no avail.


If there were clouds at least, I’d write it off.  I’d merely shrug and say, “Oh, well, it was not to be.”  I have a friend who has traveled to Iceland twice in order to witness the aurora.  Both times, she did not see it.


Makes me think of all the times I’ve been to Niagara Falls to see those colorful lights. I have yet to see them, too.


I do intend to go out on our back porch later tonight and hope the lights are bright enough to shine over my little house.  I think I owe it to myself.
Posted by Irene at 6:43 PM No comments:

The monster of Asbury Park

This is the image of the carousel building as it really is in Asbury Park.  The image at the top of my site is what my talented daughter did to it to make it mine.  See if you can tell the difference. 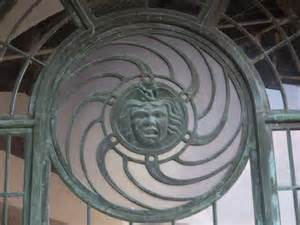 This one looks mean.  I could never figure out why all these images surrounded such a happy place.

Here, you can really see the difference in the faces.