Some CEO type has decided that she needs a whole lot of money. Her company manufactures life-saving epinephrine injectors...something people with intense allergies use on emergency basis. Now, she seems to have a problem.
She wants more money. She already makes millions, but she wants more. What to do? What to do?
Simple.
Raise the price of the medicine 400 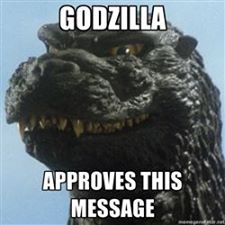 There.
Her problem solved.
But wait! There's more!
Lots of people depend on this medicine. It has saved countless lives because it stops the affected person's throat from sealing, stopping their breathing, all sorts of other hell before they die. They used this medicine for years. It worked.
Now, it is priced out of their range. It has gone from quite expensive to outrageously expensive.
I sincerely doubt this person cares.
But the public uproar was loud.
Somebody threatened to take this CEO person and the  company to court to have the government order them to lower the price.
Only...there is no real law that would allow it, other then common decency, that is.
A couple of months ago, some swine raised the price of a particular AIDS drug about 700% or thereabouts. Public outrage embarrassed the company, but not the young snot who stood to make gazillions out of this price increase.
Heh heh, seems that there was another company manufacturing the same drug. Theirs cost very little to make and they sold it for a reasonable price.
He got nailed for some other crime...out on bail I believe, but still facing a trial.
Public outrage works.
Voting against big business' greed, voting for people who are not in anything for the money, that works, too.
Go for it.
Posted by Irene at 5:33 PM 2 comments:

Signing my life away

Did you ever wonder how good your credit rating was?
There are all those ads on TV for free credit scores...or not free credit scores and I must admit, I did wonder a little.
I used to pay all the bills around here. Then husband retired from his real job and he took over the finances with a much bolder stroke than I ever would. I used to pay bills in full except sometimes for the credit cards. I always paid more than the minimum amount, but I had to guarantee I'd have some money left in the kitty to be able to, oh, I dunno, buy food.
So I involuntarily gave up my position as bill payer. I thought my credit score would then become non-existent.
I was wrong.
So, today whilst signing some 40 papers put in front of me, I saw my credit score. Mine! Mine alone!
And it was very good.
Sort of.
I think it's pretty much bunk.
When I got sick, I couldn't be depended upon to do math of any kind, so I didn't play with the check book. There was a time when I couldn't sign my name legibly.
Now that I'm sort of better, my hands still do not always cooperate when it comes to my signature. I don't use credit cards. I pay for groceries from a debit thing and sign on that little machine thing.
That's about it.
Haven't written a check in a long time. So how can I have a credit score?
Ah, sweet mysteries of life! 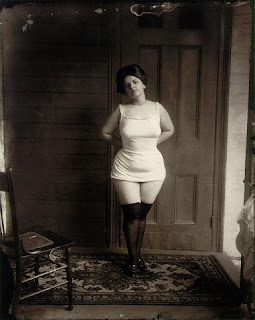