Yesterday, amidst the flag waving and the sparkling skies, I came to realize something...something important.

There are parts of our past that make me ashamed. I am not alone in this. I could list some of the bad things we have done as a nation: how we treat indigenous people, how we treated slaves as animals and still hold some of our people as lesser than some of us, how we took Hawaii from its people on a whim of pineapple producers, how we forget that Puerto Rico is part of our country, how we only lent ourselves out to fight in world wars until we ourselves were attacked, how we have hated the millions of people in the former Soviet Union and China because we were afraid of them...there are so many more instances I can cite, but that's enough for now.

What I want to say is that, 254 or so years ago, some men who could think came up with a plan to establish a new country. One founded on some sort of equality for men who had land and money, and given the principles of the times, it gave certain people a way to climb up the ladder to become citizens who had a right to choose their leaders.

They could have, right from the start, done away with slavery. In order to get other things they wanted, they deemed more important, the founding men gave up that idea in favor of two houses of legislature, one representing population, the other equally two members from each new state. It worked, sort of.

They could not foresee everything. In a few years, they had to add a list of rights to the initial idea of constitution, which made things a bit better, but still not achieving everything to make this union more perfect.

Therein lies the problem, but they did try hard. They really did.  And it works fairly well, just not perfectly.

We can all sit in front of our televisions and see injustice and exclusion and war and death that should be bettered. Some of us come up with solutions and pass these brilliances on to our legislators and sometimes these ideas change things. Look...women can vote and old office. The oppressed are slightly less oppressed than they were before. America is still the place people want to be. That's why they keep coming here.

But these rich guys in Pennsylvania didn't get everything right, first thing. And people living now are reading far more into their words to suit themselves and the things they want. Some people like their changes, others do not.

Some people need to view the world through eyes that see the wrong and try to make it right.

This is what America really is, and really should be.

I thank my ancestors who came to this country because the country they lived in was beyond terrible. America was the shining light in the darkness of their old worlds. They came here, worked hard and climbed slowly up a rung or two of the ideal American ladder of success.

They were successful because they wanted to work at it. They tried to shake off the old country ways that didn't allow them to become something other than peasants who owned nothing. And they wanted to be safe.

That's what we all really need to be. Safe. Safe from worrying about the knock on the door. Safe from horrid diseases and unnatural deaths and murder. Safe to own things some people never can have in this world.

Maybe we are too content to sit back and let the bad things roll away from us.

Maybe we have to do something more to make this the land of the free. Have everyone equal, no matter what.

This is my independence day salute to America.

I love this country. 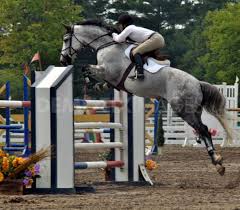 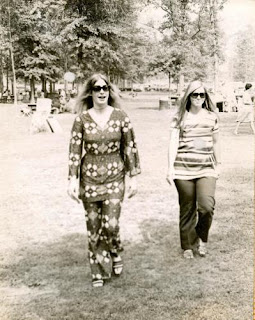