Dear Vlad,
I may call you Vlad, can't I? I mean, you seem to like sticking your nose into our business and as an American, I feel equally justified in sticking my nose into your business.

I'll shut down your access to the internet. I'll do it with magic. I'll stop all business on Twitter and Facebook and other assorted means of social exchange for a whole day.

How will I do that?

I just will. I'll sit here in my room and think hard thoughts and like magic, you'll be cut off at the knees.

Now, I tend to like Russian folk.  They're generous when they can be, they're hearty, they're resourceful and love to drink vodka. The ones I have known have all been sweet to me.

You're a different story. I can do well without you. And, when you finally get overthrown or give up to go to your dacha and vegetate, or you come to your senses about the way the world works, I will applaud. I'll even send you a card for your retirement.

But go away soon. I've had serious illnesses several times in the past decade and don't know how much longer I'll be around.

I just hope I outlive and out-endure you.
Posted by Irene at 11:54 AM No comments:

2016 sucked.
I've tried looking through my datebook (I do not have an iPhone thing because I am old fashioned and cheap and reliant on paper in front of me, not a screen that can disappear with an odd
touch) 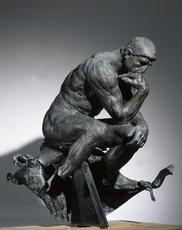 just to find one bloody good thing that happened to me, my kids or the rest of the world.
Zero. Nada. Zip.
So, here's something I thought I'd put out there to the incoming year...why not try to be BETTER than your older brother?
It shouldn't be all that difficult.
Posted by Irene at 4:03 PM No comments:

First thought this morning was whatever happens to Ebenezer's squeeze, Belle?
I read the book so long ago it, like 1962, that I had forgotten anything from the actual story. What I had to go on was seeing her in the dozen or so versions of A Christmas Carol movies.
The only one that stuck in my mind was a very old movie version in which Belle, alone in the world, dies after contracting some terrible disease while working in a hospital. Poor Belle.
In my favorite version with the Muppets, she walks away after singing "when love is gone" which in most new copies of the movie has been cut though sung over the credits.
You never see her again.
He never mentions that they were affianced in most flicks.
So I googled Belle.
In the original film version, she is married happily to somebody else and she and her husband mention Scrooge being a bitter, lonely old man. True, true.
However, in yet another version, book or movie, Scrooge runs in to her and gives her a huge donation to her cause, whatever that may be.
Ah, Belle! I like the thought that you marry a good man and have a lovely life after dumping Scrooge.
What if, however, Belle is the spirit of Christmas yet to come? That's her behind the black robes of death...and she is the one to break Scrooge completely?
Wouldn't that be lovely???
Go, Belle!
Posted by Irene at 5:41 AM No comments:

Life is incredibly fragile. Some people live long lives while others peter out much, much earlier. Some people do lots of wonderful things, others sit on their asses and accomplish nothing more than breathing, eating and defecating.

This is it, folks. This is where life is. My life.

No matter which way I turn, what I try to do that is good and reasonable, all I manage to do is defecate.

The emptiness I feel right now is because there is no more bullshit left in me.  It's surrounding me, but it isn't in me any more.