Back in the pre-Christian era, one Alexander of Greece built himself quite an empire. It stretched from what is now Spain in the west into the area of present day India in the east. (It was so huge, the very idea of it in the past made Julius Caesar cry because his empire wasn't all that big.)

Anyway, Alexander, who became known as being pretty Great, died. He was not all that missed by his four beloved territorial generals, especially not the one called Seleucus, his particular buddy. Thus, with this huge empire existing minus Alexander, the four generals divided the empire up among themselves. For some reason, Seleucus got the majority of land area...from Persia to India. The other three got areas with more people and goods, less sand.

Seleucus was ambitious. Why settle for his measly quarter dominion? He wanted to replace Alexander's entire empire and was quite willing to use his army to obtain more territory. He had amassed a huge army which he supplemented with War Elephants. Elephants carrying archers on their mighty backs. Sharpened tusks and armor...they were fierce and terrified Seleucus' enemies by there mere presence. Think about a dozen or more charging tons of pachyderm busting through the enemy lines, trumpeting and slashing away with their ivories.

So, thus equipped, Seleucus gradually led his army into the territories of the other generals. And won. Gradually, he reconquered the lands to the west...with the help of his infamous War Elephants.

This went pretty well as a military tactic, but not forever. Some brilliant strategists on the other side came up with the idea of setting wild pigs on fire and sending these much smaller animals rushing into the line of elephants. Call it porkchop potential The boars were coated in pitch which was then set aflame. Fiery piggies rushed up to the War Elephants. The elephants apparently were quite afraid of the flaming pigs and broke ranks, turning back into their own soldiers,  scattering and killing them.

Took down the mighty Elephant Army.

Seleucus did eventually end up taking over most of the rest of  Alexander's Empire, but met his end at the hands of one of the other generals.

You never hear much about Seleucus the Great but the story of his barbecue tactics lives on.

Indefinite time period, but within the past 10 years. Who can remember dates when it is the event that is important?

I am sitting in the waiting room at my local hospital, which I believe has changed names twice since then, but no matter. I am sitting there with my daughter who had to drive me because I was too weak and sorta out of it to drive myself. Maybe it was the x-ray waiting room. There were so many tests back then I just can't remember.

Anyway, after I sign in and go back to my seat, I notice one of the ladies behind the counter smile and hand my papers over to another woman. Then, she pronounces quite clearly, "I see we have a celebrity in here, today."

I look around the crowded room (pre-covid) looking for maybe Cher or Angelina or even Rosie O'Donnell. Not there. And everyone is staring intently at me.

Huh? Here I sit, wearing sweat clothes and a silly but necessary Finnish reindeer herder's cap on my head, braided wool down the side and pompom on top. Everybody is staring at me?

I do not blush. I cannot blush...totally impossible. I am yellow with chemo coursing through my veins and look like crap because the cap is hiding the fact that I am bald.

All I can think of is that somebody had read my books or maybe, my celebrity was on my chart as a joke.  I smile. Cast my glance around the room. Yes, people are still staring at me.

Okay. For one nanosecond, it was cool. 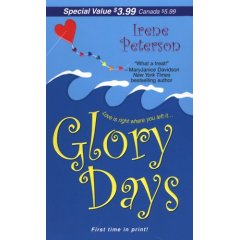 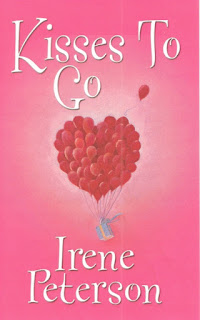