When someone asked me how to "see" a ghost, I had to think about it.
You either see it or you don't.
It is either there or it isn't.

But that doesn't help.
Remember, ghosts need to borrow your energy in order to materialize.
Unless they save up energy somehow, if it doesn't dissipate or can be stored in ghostly batteries, they aren't good for more than a few seconds where you can actually see them.

The signs that there might be a ghost nearby...or a spirit wanting to take your energy...are unusual cold spots in a room and if you are sensitive, the raising of gooseflesh on your arms or neck. (This can be because of the cold or because of the energy transfer.)

Actually, there are electromagnetics involved and EMF meters can and will measure the electromagnetic fields. Drop in temperature, a draft in a room without windows or outside openings will also indicate a spirit trying to manifest itself. You don't lose anything much, just a bit of energy and you really have plenty more than a spirit can take. They seem to be limited, however, in what they can siphon from a living being. They certainly cannot drain someone's energy completely. Maybe in , not real life. Or death, as it may be.
Infrared cameras can also detect heat differences in a room, which will sometimes outline a form of a spirit in blues and light greens that can't be seen with the naked eye.

Now, as for seeing a spirit, that's tricky. Providing one is in the right place at the right time, and sensitive enough to feel the presence of a ghostly being, it will happen. For those individuals who are not "sensitive" or are so anxious to find a ghost they give off strong, negative energies, it won't happen. The negative vibes will chase the spirit away. Fear won't, but anger and depression will.
Posted by Irene at 3:34 PM No comments:

Perhaps I have forgotten how to post here, but I've tried six times to put up an excerpt from Dead Dreams and not been able to.

Someone in the room had indulged in garlic, forcing him to leave.
So, transformed into his canine shape, he skulked through the twisting streets of Fell's Point. Sniffing, wandering, halfway hoping to find some new, fascinating scent to trail.
From this low vantage point, he had no true idea where he went, even though he had traced these paths many times. His vampire senses attuned to everything, exaggerated senses even superior to those of the animal whose shape he wore now.

He passed over standing wisps of fog, breaking through with satisfaction while thinking with the canine brain. Taras the beautiful!

Taras the great black dog with fangs and claws.
Posted by Irene at 9:23 AM 1 comment:

And now for something completely different 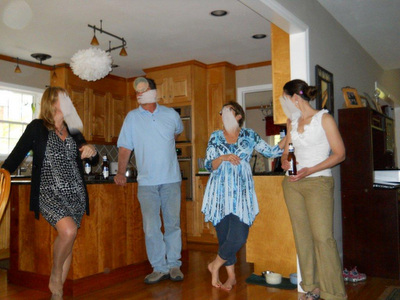 Since I am endeavoring to get a ghost story up somewhere, I found it rather strange that while looking through some hitherto unviewed photos of a family memorial, these orbs appeared.  Now, there have been two recent deaths in the family and I wondered whether these orbs might have been an attempt by one or the other spirits to contact us.
Ghosts are able to do some things accredited to them, not others.  I will eventually post a blog about their powers, but not now.  This just got me started because my husband, who is not sensitive to these things, was the first to spot the orbs in several of the photos.
This is not our house but there were orbs in photos of quite a few of the rooms, not focusing on any one individual.
Posted by Irene at 10:29 AM No comments:

It's up on Amazon for Kindle!
Warning: this is not your typical vampire story.

My venture into the world of novellas for ninety nine cents has almost completed.  The story has been sent to Amazon for Kindle and we're waiting for it to go up.

Let me tell you, this story has taken a long time to get up. Thanks to my friend and fellow writer Aggie in Massachusetts, it is formatted beautifully.  (We still haven't been able to help Dancin' in the Dark that way.)  Thanks to Karyn my wonderful artist/opera singing daughter for a lovely changed cover on which she spent hours and hours.  Thanks to Elyse, the computer whiz and geoscientist for getting the version submitted to Amazon. 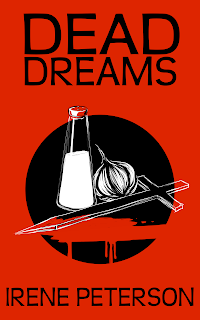 See if you can spot what was changed in the cover from here.

Of course my name is on it!  But the picture won't show it.  The change does appear.
Posted by Irene at 10:22 AM No comments:

We writers dream of danger and put it into our works.  We murder innocent fictional victims left and right, sometimes for a reason, sometimes for no reason at all
Last night in Aurora, Colorado, someone walked into a movie theater, tossed a smoke grenade and drew a machine type weapon and sprayed the audience during the midnight showing of a Batman movie.

According to this morning's news, at least 12 people are dead and some 50 wounded, though these figures are probably not accurate.

Makes you, as a writer, wonder--do I have too much violence in my stories?  Are the movie scripts we create full of unnecessary blood and gore?  How would what I write or create possibly affect the reader or viewer?

My heart goes out to the innocents in Aurora, the young people, the few children who were there and the adults who will have this memory for the rest of their lives.
My advice--perhaps, to those in Aurora and its surroundings--think twice before you blithely send your kids off to the movies that are full of violence.  To those who were there...seek counseling.
God bless you all.
Posted by Irene at 8:47 AM No comments: 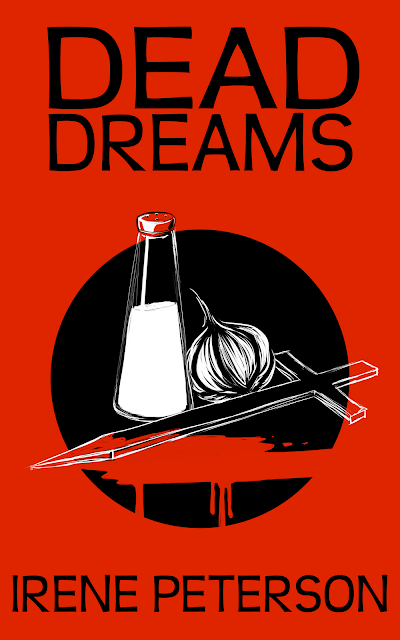 The story isn't like the usual paranormal story.  The hero is a real flesh and blood man and the heroine is a flesh and blood woman. It's what comes between them that might be just a little ripe....

More later.  I hope to have this up by the end of the month, but I could not resist posting Karyn's fantastic cover!  The kid is a genius.
Posted by Irene at 4:56 PM No comments:

There may be a tendency to think of our forefathers as rich white landowners who didn't really believe in equality for both sexes and races, who were pretty radical when it came to bringing down the monarchy in our bit of land.  They didn't like to pay taxes for things they thought we deserved for free, or at least, that we had a hand in what those rulers overseas decided for us.  They didn't think we were all stupid, just most of us.
This is real.  This is history.
Most of them didn't believe in the Christian god as anything more than the Creator, if that.
They liked owning land.  They might not have been able to had they lived in the Mother Country.

But you have to hand it to them, those forefathers of ours.
They sure did come up with some nifty ideas about government in 1776 that still make sense and hold true today.  They did it again in 1789 with their Constitution and the Bill of Rights.

Can you name another country that has been this stable, has realized such great potential and kept pretty much to their laws without violent revolution in all this time?

I'm sure there may be some, but I happen to like the one I live in.
All the above statements about our forefathers is historically accurate.  They were not saints--oh, Ben Franklin was a poster child for wild living--but he was a brilliant mind and outside of the turkey thing, he did all right for us.  Tom Jefferson was a genius but a bit of an introvert.  George Washington was brash and full of himself but turned out to do the right thing most of the time.  Anybody else?  Hamilton was a pirate.  Adams had trouble getting along with his playmates.  But they overcame these foibles to leave us with a pretty great country.

History is behind us.  We live for today, but are mindful of the past with its triumphs and mistakes, in order to keep on keepin' on.
Posted by Irene at 12:12 PM 2 comments: